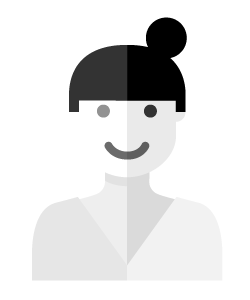 I have always been a bit of a foodie. I am one of those people who continually post photos of food on social media because I love cooking and food presentation. When my doctor told me it was time to lose weight, one of the first things I tried was cutting back on carbs. Turning to a low-carb way of eating has been challenging, and also fun. My blog shares the different ways you can change your diet and eating habits, so you lose weight without feeling like you are suffering great hardship. Weight loss cooking can be tasty, so read my posts and watch the kilos drop away.

If you're in the business of baking cakes for a li …

More and more people are coming around to the fact …

The sort of thing that you might order from your l …

Is there anyone out there who doesn't enjoy pizza? …

Catering is one of the elements that can either ma …

Is there anyone out there who doesn't enjoy pizza? Maybe, but it's never been proven. It's a delicious and filling meal, so you'll seldom hear a word of complaint when you suggest heading out to the closest pizza restaurant. Of course, pizza does have the reputation of being unhealthy, but it doesn't have to be!

Follow these simple tips to keep your next order as healthy as possible.

Veggies add flavour and make a pizza more filling, but they don't pack on the calories. Loading up your pizza with toppings such as tomatoes, red and green peppers, onions, mushrooms, and spinach boosts the punch of each mouthful and leaves you feeling fuller, all while adding essential vitamins and minerals and cutting down on the calories.

Go for a Healthy Starter

One of the issues with having pizza is that most people eat it on an empty stomach. While that can be nice, it's worth remembering that you don't feel full until your brain releases the right chemicals, and it takes around 20 minutes after eating for those chemicals to be released. That's why you'll often wolf something down and not feel full until a few minutes later. Instead, prime your stomach by having a healthy starter. A nice salad is a good idea. You'll feel fuller when your pizza arrives, so you won't be as tempted to eat more than is healthy.

If you've been to a pizza restaurant lately, you'll know there are plenty of crust options available. If you want to keep things healthy, why not opt for a thinner crust? You'll still receive the delicious flavours of all those toppings, but you won't take in as much of that filling base. By making this decision, you'll cut down on the total calories you eat during the meal.

While you're looking at crust options, check twice to see if the restaurant has a wholegrain option. These crusts are made using wholegrain flour, which contains extra fibre and added nutrients. More and more restaurants are offering this option as people continue to get healthier, so it's well worth asking if it's available. Added fibre will make you feel fuller, and added nutrients will make you feel healthier.

Cut Down on the Cheese

Finally, you might want to think about reducing the amount of cheese on your pizza. Most restaurants have an option to cut it down, and doing so removes a lot of fat and trims down the meal's calories. You might even find some cheese-less pizza options. Sounds like an odd idea, but they can be surprisingly delicious when you choose the right toppings.